In light of recent allegations of sexual misconduct, the D.C. based All Things Go Festival recently announced that BØRNS will no longer be performing at the 2018 edition of the fest.

In addition to announcing BØRNS’s removal, they released a statement noting that: “We hope, in all years and especially this one, that the Fall Classic continues to be part of making the music world a better, more equal place.”

Garret Borns (Børns) has been accused of “grooming behavior” and manipulation of underage fans for sexual means. Two women have come forward on twitter to share their stories. @alyssaadaniele notes that he used manipulative techniques to gain her trust in a repeated series of interactions starting when she was 16. Furthermore, @kaliforxnia provided detailed documentation of her interactions with the singer as noted in this google doc.

This could not have been more topical as this year’s festival is showing a special focus on women, with the new initiative “Classic Conversations” set to showcase Women’s role in music and entrepreneurship with appearances from local entrepreneurs and artists with the likes of Maggie Rogers among others.

It was recently announced that NYC based indie pop band Misterwives will replace Børns in the sub headlining spot.  Despite the late addition, Misterwives is set to continue the indie pop theme of the festival with their unique combination of synth pop and folk. Their most prominent hits include “Reflections,” “Our Own House,” and their most recent album “Connect the Dots” has been well received with its smooth indie groves.

The new set times are as follows: 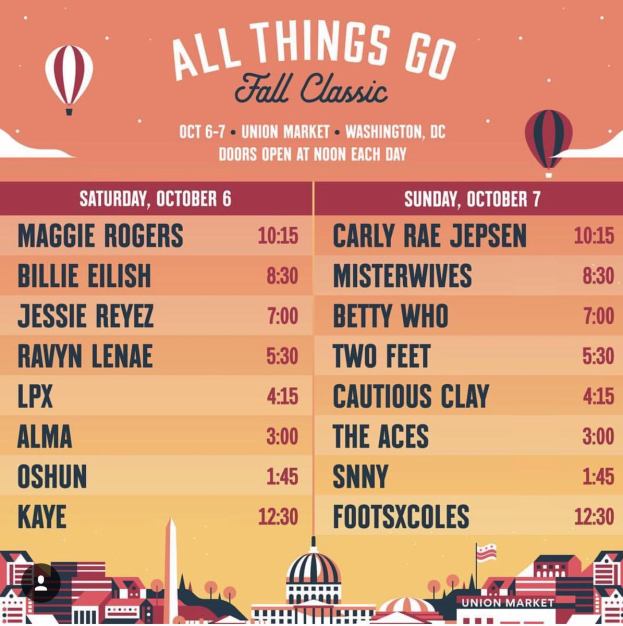